What a month! April featured 2 amazing in-person Drupal events and a whole lot of great content. Here are some of our favorite reads from last month.

Let’s start with Wim Leers’ recap of the CKEditor 5 contribution sprint from Drupal DevDays 2022 in Ghent, Belgium – which was our first in-person Drupal event after 2 and a half years!

Wim begins the post with a short overview of contribution statistics, both general and related to the work on CKEditor 5. After that he shouts out all the new contributors to the project, of which there were more than a dozen, as well as the two most prolific contributors.

A final section of the post is dedicated to specific takeaways from the sprint, such as the discovery of a lack of text format validation in the upgrade path from CKEditor 4 to 5.

Read more about the CKEditor 5 sprint from DDD 2022

The Present and Future of Drupal’s Administrative Interface

The next post comes from Lullabot’s Cristina Chumillas, a co-organizer of the Admin UI & JavaScript Modernization Initiative, who presents the work on Drupal’s new administration theme Claro.

Cristina briefly presents the currently completed work on refreshing the admin UI, with the most notable update of Claro becoming stable and thus set as the default theme for Drupal 9.4 and 10.

She then provides a detailed overview of the initiative’s upcoming plans and future possibilities, such as most notably the Gin sub-theme as well as improvements to components and forms, more interactivity in the interface, theme variations, a role-specific dashboard, etc.

Read more about the developments on the Drupal admin UI

A modern alternative to Hooks

Moving on, we have a post by Daniel Phin of PreviousNext showcasing Hux, a module that introduces an alternative method for implementing hooks in Drupal which takes advantage of certain optimizations in Drupal 9.4. allowing hooks to be implemented by using the service decorator pattern.

Daniel takes the reader through implementing hooks classes and hooks, making use of PHP attributes which were newly introduced in PHP 8.0. He also shows how to implement alters and hook replacements, and includes specific sections on dependency injection, a major advantage of Hooks classes, and on using Hooks without auto-discovery, before wrapping up.

Migrating From Drupal 7: Where Do I Go and What Will It Cost?

We continue with a post on Pantheon’s blog by Irina Zaks and Tori Sparkman Lewis of Fibonacci Web Studio about the options and costs of migrating away from Drupal 7.

A large part of the post is dedicated to evaluating the options in terms of content management system, and the authors take a look at Drupal 9, WordPress and Backdrop CMS. A thorough analysis of your organization’s needs and capabilities should guide your decision making.

Irina and Tori close with a helpful section on the different factors to take into account when making estimates, in particular the less intuitive ones – training, documentation and support.

Read more about migrating from Drupal 7

Make your site editors masters of SEO with Drupal

The next blog post we wanted to highlight is a recap of Dropsolid’s Drupal DevDays session “Drupal SEO Pitfalls and How To Avoid Them”, written by Michael Axelsson of Digitalist.

The first tip is to avoid “thin content” pages, i.e. pages that don’t fulfill a purpose and can thus harm your SEO efforts. Also important are making sure metadata is editable, and having an indexable internal search which will prevent “thin content” pages.

Read more about optimizing the SEO of a Drupal site

Resources for Using Gatsby With Drupal

For a while now we’ve been interested in the Gatsby framework and have even worked on some projects based on it, and so it was great to find this list of resources for using it together with Drupal, provided by Gatsby’s Director of Content Marketing Jeff James.

It includes Gatsby’s own resources on Drupal deployments, as well as its plugins and modules for Drupal. Jeff also highlights a few notable case studies of projects where Drupal and Gatsby are used together. He concludes with a few articles with more specific tips for digital agencies, plus a couple of third-party resources.

Check out the resources for using Gatsby with Drupal

Next up, we have a post by Chris Wells of Redfin Solutions, who leads Drupal’s Project Browser initiative alongside Leslie Glynn and takes the opportunity to tell us more about the initiative. He first gives more background on the origins and creation of Project Browser, then summarizes the work being done on the project and the main challenges they’re facing.

The main plans for Project Browser are enabling automatic installation of modules via Composer, adding extra filters, including module detail pages inside the UI, and eventually expanding it to also include themes and distributions, with the key end-goal of making it part of Drupal core.

The last post on this month’s list is Gábor Hojtsy’s update on the release of Drupal 10, which is now planned for December of this year. The chief reason for this is the EOL of CKEditor 4 in 2023 which makes it essential for Drupal 10 to use CKEditor 5 instead.

A later release date also translates into more time to realize Drupal’s current strategic priorities, such as including both Olivero and Claro as the default core themes. While the beta deadline for Drupal 9.5 and Drupal 10 is scheduled for September, all new deprecations for removal are planned to be completed in May’s 9.4 release.

Read more about the current plans for the D10 release 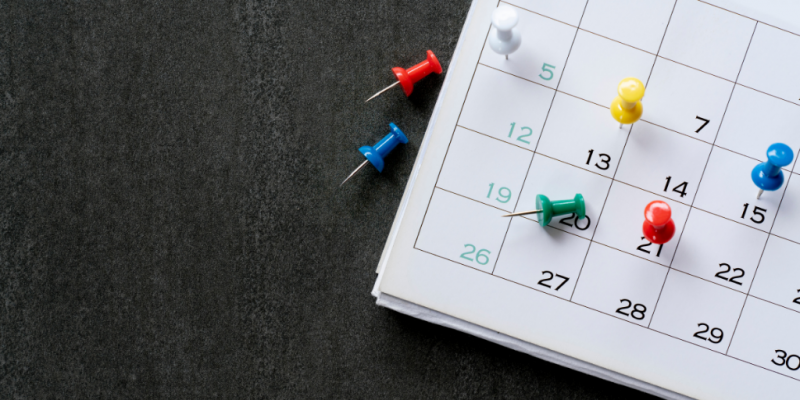 April sure was an exciting time for Drupal, and we’re already looking forward to more fun events and other interesting developments later this year. Stay tuned for more articles and updates!